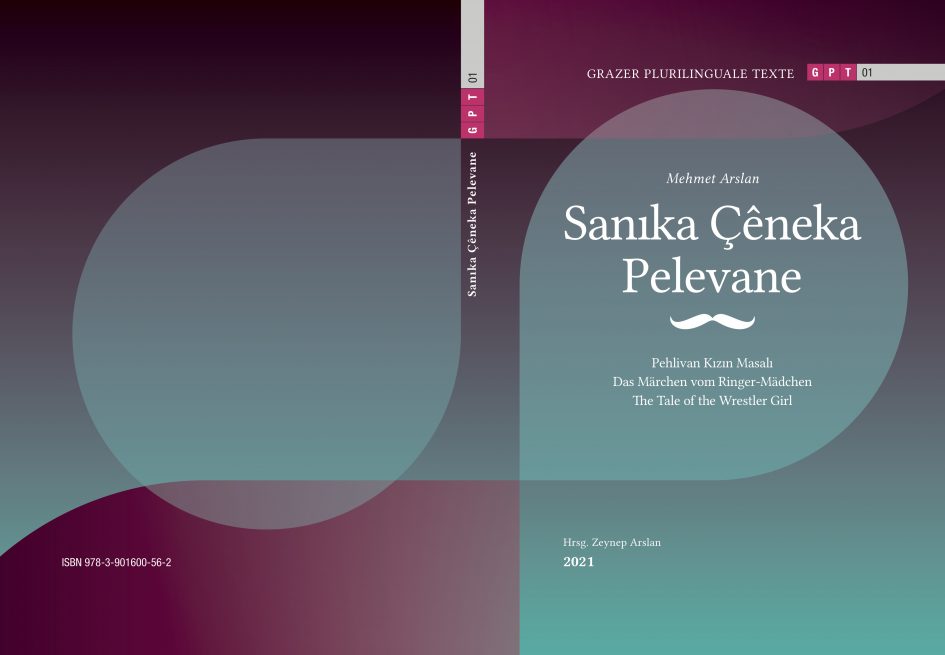 Languages and cultures that are transmitted orally among the generations have an extensive and rich repertoire of fairytales. In times when TV, radio, and technological possibilities of today’s world were not available, people’s ways of transmission, expression, and communication were direct, personal, across short distances, and above all, oral. As a representative of those times, my grandfather was someone who in the winter months, when there was less work and more time spent indoors, used to tell stories. My grandfather, who was called „Zeynel Ağa (Eng. brother)“ or „Zeynel Usta (Eng. master)“, used to travel and saw a lot as a bricklayer; he met different people, acquired a lot of experience and knowledge, and was thus able to enrich his memory with a great variety of stories and fairytales. Zeynel Usta died in the village of Altınova (in Armenian originally Palanga) in the district Tercan (in Armenian originally Mama Hatun) in 1982. My father, Mehmet Arslan, as second son of the house, from time to time tells his own children the stories and fairytales that he learnt and heard from his father and today we will make these treasures step by step accessible to you. It is the East-Dersim vernacular of the North-Dersim-Zaza dialect „Kırmancki“ that my father uses. Although we are aware that there are numerous studies on Zazaki, it is a language that has not developed a written standard and is in general used orally. We thus carried the idea of the people forward who worked on the Zaza language in the 1990s and encouraged our father to write the fairytale down in the way he speaks, thinks, feels the language and as thoroughly as he could, i.e. as close to its original version as possible. In this way, we are honored to be able to contribute to the maintenance of the language and to introduce the world of storytelling of the „Kırmanc“, whose name is a belief-based self-definition of the group, to new generations and the interested public.

The language, which at international level has been called „Zazaki“ since the first contact of researchers with Southern speakers of Sunni-Islamic madhab at the beginning of the 20th century, does not have a writing culture, especially among the speakers of the Kızılbaş-Alevi belief. The first known written transmission of Zazaki can be traced back to Mela Ehmedê Xasî. This source, which is about the „Mewludê Nebî“, the „birth of the prophet“, dates back to the year 1899. The Zaza language has been forgotten due to various reasons and is presently endangered, as recent research shows. Some of those concerned with the language state that Zazaki as an umbrella term can be divided into three different dialects. Belief-based affiliation is seen as the reason for the divergence of the dialects. In that sense, the „Kırmancki” dialect is the self-designation of those affiliated with the Kızılbaş-Alevi belief, while „Zazaki“ tends to be the self-designation of those affiliated with the Sunni-Shafi Rite of the Islamic Religion, and the designation „Dımılkî“ appears to be more common among members of the Sunni-Hanafi Rite. Ultimately, these classifications are still highly controversial and contain numerous grey and hybrid zones. Discussions related to these issues tend to become political very fast; hence, positions have hardened and thus restrict scientific debate and discourse. Based on my own observations, I can say that Zaza programs that were shown only for a very short time in Turkey until December 2016 proved to be encouraging for people to speak and maintain the language. In family meetings, conversations were held in Zazaki during TV programs in Zazaki. In my opinion, this time unconsciously produced some kind of self-induced language re-vitalisation among the Zaza speakers and a mutual recognition of dialect groups and internal group diversity. I have observed that after the ban of Zaza programs and TV channels, the speakers turned back to Turkish. This reminds me of the observations of some linguists who have said that discourse as well as the technical and bureaucratic instruments are a requisite for a language to be used and maintained; otherwise, it eventually often disappears. Migration, first into the large cities and then into the European diaspora, moreover, led to the distancing from the world of language and beliefs, which was originally sustained through the interplay between the language and the Kızılbaş-Alevi belief and in harmony with nature. Cultures and languages are hybrid, constantly changing, and dynamic. Moreover, living conditions prioritize different languages. Hence, it is common for marginalized and minority structures to lose ground and erode in the long term in favor of dominant and dominating groups. We convinced my father, who used to tell us these fairytales and stories in Turkish at the time when the awareness about the language was not yet there, to write them down in his own language.

The fairytale at hand is different from other known fairytales. In this fairytale, there are no typical male protagonists. The so-called hero of our fairytale is a girl. This detail is as important as it is interesting considering that my grandfather used to tell this story to his children and the children of the village Palanga in the 1950s and 1960s. Especially in the global Western-oriented academic world, various studies and methods were developed in the gender studies field and related disciplines that showed that certain codes are deployed in fairytales which shape children’s thinking and perception of society and the world. One of the working methods is to rewrite these fairytales. By breaking with the typical, Western-oriented bourgeois-patriarchal image of the nuclear family of the 19th century, minorities and other marginalized groups, women and girls are given active and proactive roles. Thus, male figures who have been assigned certain characteristics and attributes and who are heroized solely on the basis of their gender and female figures who are defined through feudal and sexist duties and roles (such as the devoted mother/ kindhearted grandmother/ maiden sister etc.) are broken with. These fairytales paint worlds of an egalitarian order and social structure and try to help children develop emancipatory and enlightened structures in their perception and ways of thinking. In other words, history and society that are structured in androcentric ways are turned upside down and are rewritten.

In our fairytale, the people of the region are closely interconnected with nature and the interactive relationship of the world of beliefs with nature is also emphasized through the animals‘ roles. Love and respect of nature and environment are described in very genuine, sincere, and detailed ways. Another important feature of the fairytale is the part that is going to surprise the readers at the end. I will not go into details here so as not to thwart the readers‘ curiosity. It shall suffice to say that it is interesting that already in the mid-20th century a topic was discussed in a Kızılbaş-Alevi Zaza village that is still highly controversial in the 21st century.

I would like to congratulate my father Mehmet Arslan to this first step and his courage. To know that further projects and initiatives are going to follow this first joint step is all the more exciting. Furthermore, I would like to thank in my name and my father’s name all our dear friends for their contributions and commitment. The illustrations by dear Semra Bulut are an important contribution. To reflect the spirit of the time, colors and methods were used in the drawings that were inspired by miniature technique. The illustrations express the content of the fairytale in such a way that it would be equally understood without the text. Many thanks and respect for her patience and this accomplishment. A sincere thank you also to Mirzali Zazaoğlu and Hawar Tornêcengi for their fantastic input and contributions. Many thanks for their endless patience and knowledge. Editing was done according to the language variety of the local region. The translation followed the literary world and thinking of the region and was done as simple and close to the original as possible. Like that, a window to another world was opened.

We would like to thank everyone who encouraged us to share this story with readers and the relevant audience as well as everyone who supported us in any kind of way; first and foremost, my dear mother, Elif Arslan, as well as our dear friends, Hüseyin Tunç and Aytekin Bulut. Many thanks and respect. Finally, I would like to thank Dieter Halwachs and the team of treffpunkt sprachen – Centre for Language, Plurilingualism and Didactics at Karl-Franzens-Universität Graz for their support and trust in our work.